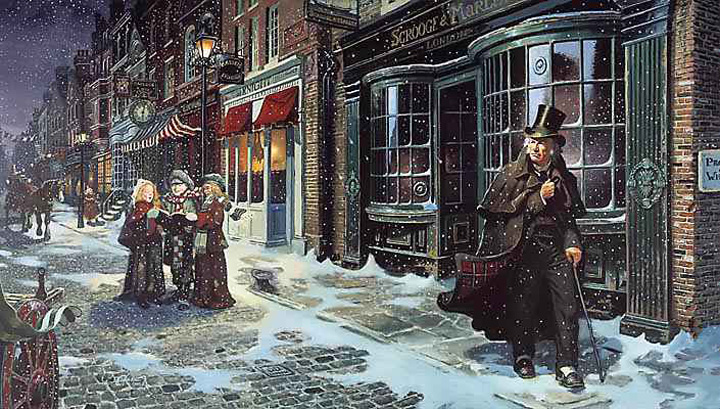 It’s that time of year when Holiday Programming begins to play on TV. My husband Jason and I will often absent-mindedly watch “A Christmas Carol” several times while doing other things. The other night we were watching the version where Scrooge is played by Albert Finney and Jason says to me, “Talk about people who need a money mindset coach!” I asked him, “Which one? Seems like they all do!”

I thought about this a bit further and it came even more into focus for me. Picture poor Bob Cratchit underpaid, undervalued, and yet he stills stays with his employer (I know, I know, let’s suspend time for a moment and forget it was the 1800s in England and that the class system was in place). I wonder what “limiting beliefs” Bob may have had about money wealth and success. Perhaps he believes that:

Who knows for sure? But, I’m sure you could come up with a few more.

What would Bob’s life look like if he were to challenge those limiting beliefs and reach out for success and wealth as he stepped up confidently into his own business? Why his whole world would change! His children’s and his wife’s world would be vastly different. Do you think he would be happier?

How about Scrooge’s nephew? If ever there was a fellow who believed in and lived by the Law of Attraction, it was Fred. He gave his support and kindness freely. He did not believe that wealth was something to hoard or hold onto. He lived as if he would always be the benefactor of the Universe’s riches and he always was. His family, his home, his business and his circle of friends benefited from his generous nature and his unwavering belief that he and his fellow man were deserving of good things.

Then there is Scrooge, the founding father of the “War Chest Hoarder Movement.” To him, wealth was meant to be hoarded at all expense, even that of himself and his fellow man. Wealth was a weapon in his arsenal. He built his wealth with greed and paranoia, amassing a pile of money that NO ONE was going to enjoy, not even him. What kind of mindset would someone have to have to have such a miserable and miserly existence? What limiting beliefs does he have?

Again, I’m sure you can think of more possibilities.

I have heard this story a thousand times. I have watched this movie over and over, in many different versions How did I fail to see the message in them? Easy. I did not know I should be looking for them. Just like my clients, they earn, spend and negotiate their money millions of times, but they fail to see the messages in their patterns. Which brings me to my job.

Sounds dramatic, doesn’t it? Who knew that you could get so much good stuff from Scrooge? I know I am shocked, too. However, take a moment and think to yourself: Who am I in this story? How could my life change if I took a good look at my Mindset around Money and revealed and released any of that junky energy that may be lingering there? What is the cost to me if I don’t?

If you feel that you need a visit from the Spirits of Christmas Past, Present, and Future, I invite you to contact me by clicking here for a free Discovery Session.  We’ll travel back to your past where money stories took hold. We’ll swing into the future to see where, if left unchanged, they will lead you. And, more importantly, together we’ll become more present to your current money story and explore your options to change or shift your Money Story. After all, even Scrooge saw his way clear to a brighter tomorrow.
I would love to your thoughts on how you see “A Christmas Carol” in this new light, and would love if you would comment below.

5 thoughts on “Bah! Humbug! Why Scrooge (and You!) May Need a Money Mindset Coach”